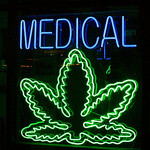 medical marijuana product use in Utah for some children who suffer from seizures). However, nearly every state surrounding the great state of Utah does permit some form of medical marijuana. In Utah, if you are found to be driving with any amount of marijuana in your system you can be charged with a DUI. This means, even if you are not impaired while you are driving, lets say you smoked marijuana 3 days ago and are just fine to be driving, you can still be charged with a DUI. Most other states have a similar DUI Metabolite law including Arizona. Recently, a man charged with a marijuana related DUI in Arizona, who had a valid medical marijuana license, challenged the state law appealing all the way to Arizona’s Supreme Court. Unfortunately, the court did not find in the man’s favor. The judge issuing the opinion stated no exception existed for medical marijuana patients because such an exception was never written into the law itself by the state lawmakers. Similar cases are popping up in Nevada, California, Colorado, and Washington. Most notably in Colorado and Washington where marijuana was decriminalized. Some courts have found the opposite of the recent Arizona decision. The federal courts might be getting involved at some point and eventually there will become a consensus on the issue.

Under current Utah law, if you legally consume marijuana in Colorado, you could be charged with a DUI upon driving back through Utah even if you are not impaired and it has been several days since you smoked pot there. While this seems incredibly unjust to many of us, it will take a strong case making its way up to the court of appeals to have any hope of real change. It seems unlikely the Utah State legislature will be changing their tune on this any time soon. If you or someone you know has been charged with a DUI under similar circumstances, we would like to help. We are hoping to find the right case to appeal all the way up the chain until this and other similar marijuana issues are resolved by the courts. We think it incredibly unfair for a person to be charged just for having substance in their body, when they legally ingested the substance, and they are not impaired or a danger to anyone.

Posted in Rights of DUI Defendant